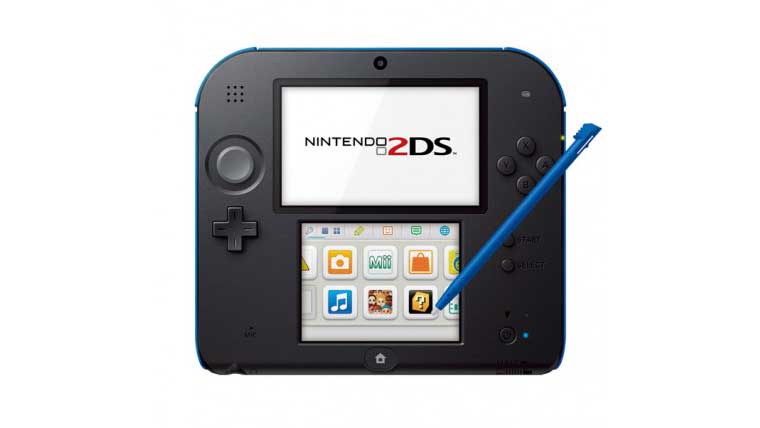 Yes, you read that correctly. The Nintendo 2DS.

Nintendo will introduce the new console on October 12th, the same day that Pokémon X and Pokémon Y launch, for a retail price of $129.99.

The aim of the console is that it’ll be capable of playing ALL standard 3DS game and DS games in 2D. For example, you’ll be able to play Animal Crossing: New Leaf on it but in strict 2D mode. It’s specifically designed as an affordable alternative to the 3DS, and a way to enjoy all the offerings of the 3DS at a much cheaper price.

The console won’t have a flip lid like all of it’s predecessors. It comes in a slate-type form factor and is available in both red and blue.

Nintendo have stated that the 2DS maintains “many of the same hardware features as Nintendo 3DS”. This means your standard dual screen, controls and touch interface. The console will launch alongside a library of over 2,000 Nintendo DS games as well as multiplayer functionality.

Would you be tempted to buy the Nintendo 2DS? Let us know in the comments section below!