Nintendo will be more than just a video game company 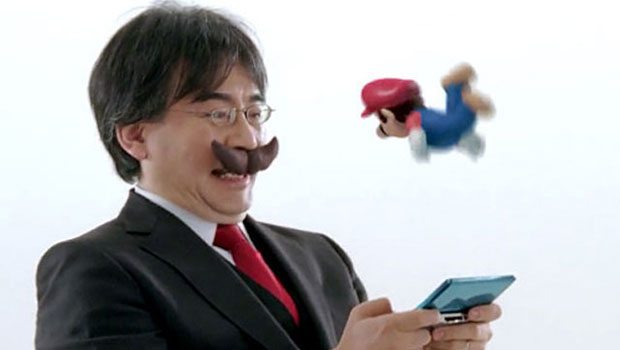 Nintendo President Satoru Iwata spoke out stating that the Nintendo name shouldn’t be associated with just video games. Instead Nintendo will be basing the company around simply entertainment, what that may involve is up for speculative view at the moment.

Satoru Iwata spoke with Diamond.jp which was translated by CVG. During the interview, Iwata spoke of the business model of Nintendo. The company name right now doesn’t sit well with Iwata as the main focus and only focus seems to be just video games. Instead, Iwata would like the company to be viewed as an entertainment company that does video games among other business ventures.

“A lot of people around the world think Nintendo is solely a company that makes video games, and I believe more and more of our own employees have started thinking in this way.”

We’re unsure of the business ventures Iwata is referring too. Though this doesn’t surprise us as Nintendo has been struggling to keep up with other consoles in market for awhile now. Rumors have been suggesting that Nintendo may bring out mobile application video games to even a tablet of their own but no such rumors have been officially announced.

For fans of Nintendo for the gaming aspect have nothing to worry about as the president still believes that video games should still be something Nintendo works on continuously. “..even though we won’t chance the fact that our focus is on video games, I felt the need to take that occasion to state that Nintendo is a company that can do whatever it wants.”

So we ask you, do you believe Nintendo has something that is not directly video game related in the works? If so, let us know what you think that will be in the comments below.