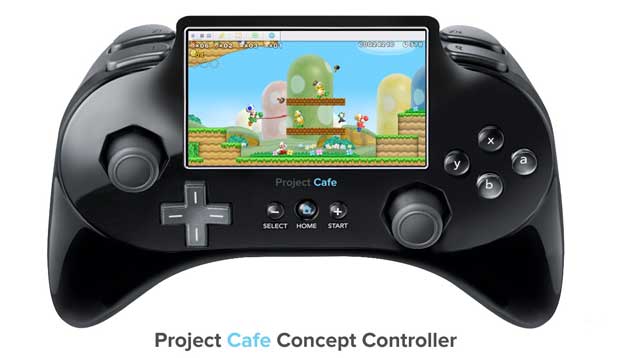 New details for Nintendo’s next console, named “Project Cafe” have hit the internet today.  Pertinent specs like pricing, release date, design, and architecture, have come in to provide more color on the recent rumors that surfaced last week.  New sources have the console costing between $350 – $400 at launch with manufacturing duties being handled by Foxconn in Taiwan.  The next generation console is rumored to launch THIS YEAR around October or November.  Depending on manufacturing logistics, the console maker may defer until early 2012 for the release to avoid worldwide shortages.

The system architecture will be based on the AMD R700 GPU, which if true would outperform the current GPU by Nvidia in the PS3.  The console is also rumored to include a custom built triple core IBM chipset which would rival and surpass the Xbox 360 because of fast clocking speed.  It will support 1080p out of the box with the potential for stereoscopic 3D.

In terms of console design, the console will comparable to the original Xbox 360 specifications.  It is rumored that the console will resemble a modernized version of the Super Nintendo Entertainment System.  Further speculation on the matter of touchscreen controllers has once again reared its head with the controllers noted as being capable of streaming games to each controller, as a virtualized console.

Lastly, the new console is rumored to be called the Nintendo Stream, however as noted by our sources, NONE of these claims have been validated by Nintendo.