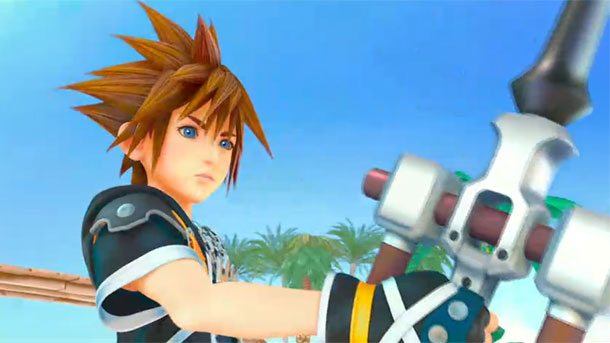 Kingdom Hearts III director, Tetsuya Nomura, has now spoken more about the game’s development and what fans will expect from the new game.

The Kingdom Hearts Memorial Ultimania book was released today which has a short blurb from Tetsuya Nomura talking briefly about Kingdom Hearts III. A kind twitter user was kind enough to pull out some of the more memorable quotes and translate them in English.

Nomura describes that he now has a “burning anger” in his heart while creating Kingdom Hearts III. Nomura can concentrate fully on developing the game now that Hajime Tabata is the sole director for Final Fantasy XV.

Nomura also said current development for Kingdom Hearts III has exploded right now. He said he had the same “explosive mindset” while making the first game in the series too. He says his current battles will also make Sora and his friends challenge themselves in the game too. With Nomura fired up now, this could mean Sora and the others are in for a real big threat in the new game.

Fans had been wanting Kingdom Hearts III for many years and thankfully it’s finally being made. The game releases sometime in the future for the PS4 and Xbox One.