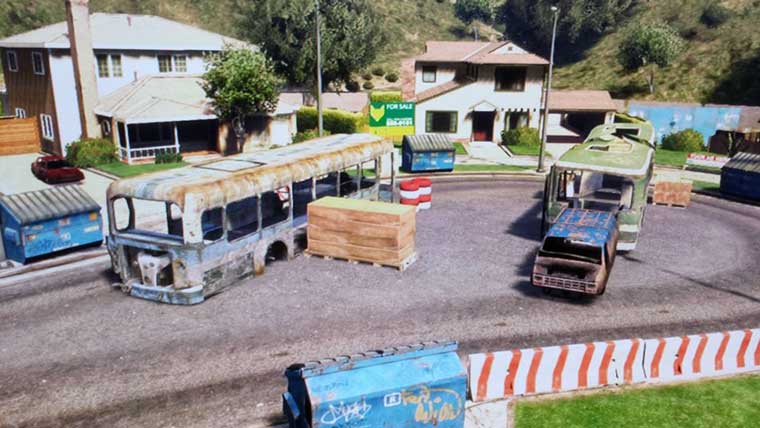 It was only a matter of time before players started getting really creative, and one cool mod that hit the Xbox 360 over the weekend was a recreation of the popular “Nuketown” map from Call of Duty: Black Ops.

Unfortunately, the recreation isn’t an exact replica of the map found in Call of Duty: Black Ops 1&2. Players can’t enter into the houses, but the layout will be awfully familiar for anyone that has played the popular map in the first person shooter.

To grab the map, you’ll need to login into your Rockstar Games Social Club account to add this map to your selections.

GTA Online players have only had access to the creation tools for about a week, so expect more cool maps and modes to arrive in the weeks and months ahead. Rockstar themselves have still got plenty to release in terms of GTA Online. GTA V fans are still clamoring for online heists, that allows for cooperative missions with higher payouts like those found in the game’s single player mode.