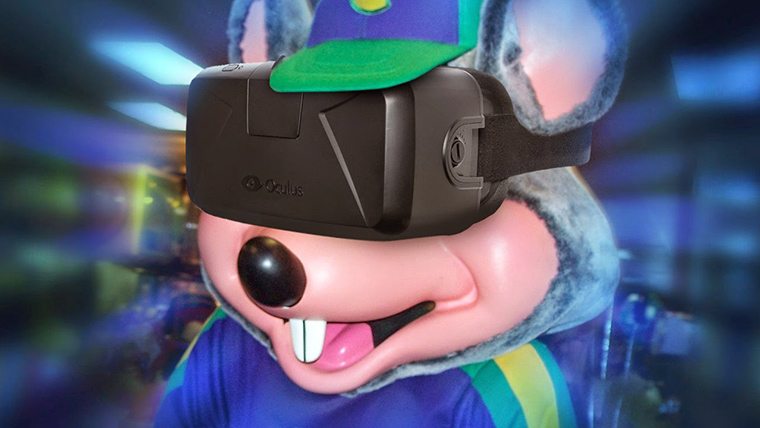 When the Oculus Rift was conceived and subsequently backed by Kickstarter funders, it wasn’t to develop a game for Chuck E. Cheese. Apparently, that’s happening. A piece of gaming technology with the potential to leap the industry forward is going to find itself entertaining kids via a mouse-based virtual reality experience before you ever use it to play a 360 degree version of Goat Simulator.

Our challenge is to deliver an experience not available at home…

The Oculus Rift will facilitate a game called “Chuck E. Cheese’s Virtual Ticket Blaster Experience.” A kid, or a kid at heart, goes into the 360 degree virtual reality world and grabs as many tickets as possible to exchange for prizes. This is the essential goal of every game at Chuck E. Cheese and they’re great at finding new ways to do just that. As Richard Cardinale, president of CEC Entertainment, said, “Our challenge is to deliver an experience not available at home, and there is no doubt virtual reality does just that. Oculus Rift technology is the next frontier in the gaming industry, and we’re thrilled to be able to say it’s part of the Chuck E. Cheese’s lineup.”

The new game will be tested in select markets this month, presumably with a larger roll out to follow if all goes well. Hopefully kids aren’t prone to motion sickness.