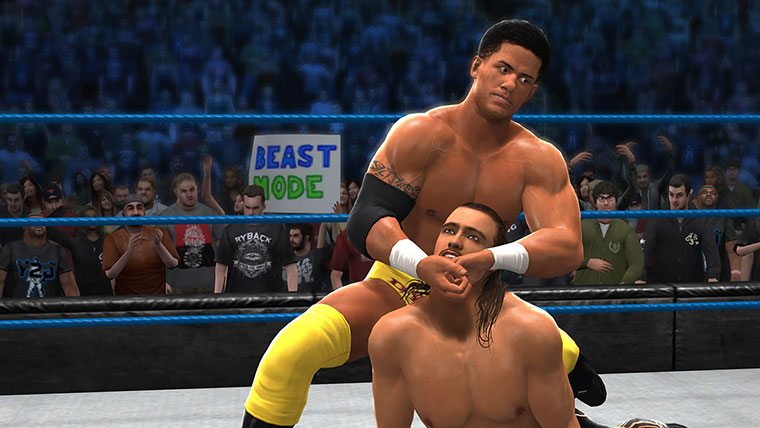 The confirmed roster for WWE 2K15 continues to grow as Darren Young has been announced to be a part of the game now.

2K Sports made the announcement yesterday during the GaymerX convention: “We’re at @GaymerX this weekend, welcoming @WWE Superstar and guest of honor, @DarrenYoungWWE, to the #WWE2K15 roster!”

Darren Young made headlines recently as being credited as the first open gay professional wrestler. Pat Patterson only recently publicly announced he’s gay, but most people within the wrestling community knew this a long time ago. The same could be true for former WWE wrestler Orlando Jordan.

Darren Young now joins John Cena, Hulk Hogan, Roman Reigns, Bray Wyatt, Cesaro, Naomi and AJ Lee as the officially confirmed WWE 2K15 roster so far. Other media have noted Daniel Bryan and Cameron are in the game too as they saw their character models during E3 previews.

As for other people in the game, Paul Heyman will be in WWE 2K15 as a manager. The only commentators announced so far have been Michael Cole and Jerry “The King” Lawler. Jim Ross has already confirmed his absence in the game.

Sting has yet to be officially confirmed by 2K Sports to feature in WWE 2K15. We will have to wait until Monday to see if his tease on twitter is related to the game, or something else entirely.