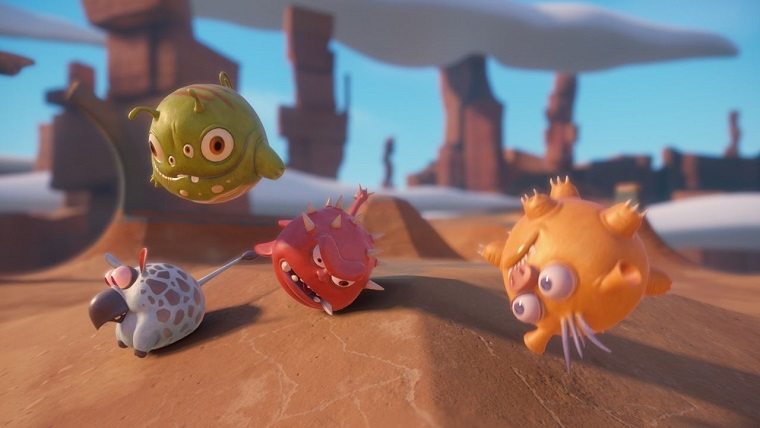 We had been hearing rumors that The Order: 1886 developer Ready At Dawn was getting ready to reveal its next game, and now they have done just that. The game is called Deformers and is described as a “third-person smash ‘em arena combat game” that is multiplayer-only.

Here’s what Ready At Dawn’s Ru Weerasuriya said about the new game:

“The foundation of The Order was the [intellectual property], creating something that felt different in the gaming world. That was the driving force then. Here the driving force is gameplay. The very first idea was gameplay, the very last idea will be gameplay, too. It’s only driven by that.”

He goes on to say that they learned from their experiences from making The Order and are ready to move on, saying “We are being much more direct in killing our own babies. Sometimes when you make something it’s really hard to let go of it, and right now we have a much easier time just knowing that — even though something might be really cool — saying ‘Hey, it doesn’t matter, let’s move forward.’ We have that attitude now and less attachment to things we think should stay.”

Deformers puts you in control of colorful little blobs called Forms that can change shape to perform various moves and even absorb fallen enemies to grow bigger. Both online and local play is supported with up to 8 players, allowing teams of anywhere from 4v4 to 1v7. A release date was not given for the game, though it will be available for PlayStation 4, Xbox One and PC and will be co-published by GameStop’s GameTrust.