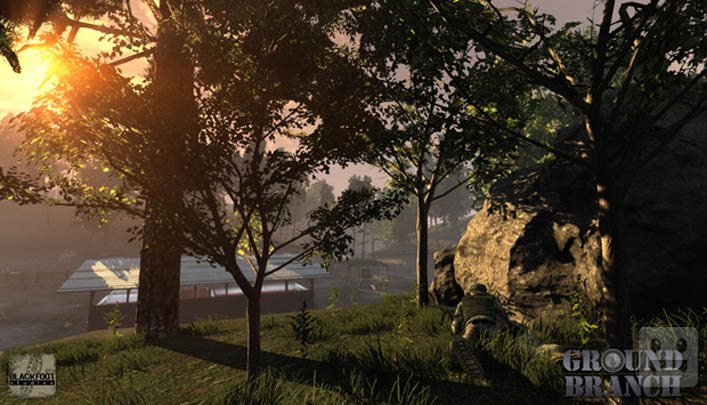 The Ghost Recon and Rainbow Six franchises arguably paved the way for the popularity of FPS games on consoles. Red Storm Entertainment’s unique tactical take on shooters has since been lost in translation. BlackFoot Studios, which is comprised of former Red Storm and Valve employees, is attempting to bring that “old school online tactical shooter” back to gamers, and has started a Kickstarter campaign to help fund the project titled “Ground Branch”.

“There are a lot of first-person shooters out there that focus on fast paced arcade gameplay with unrealistic damage, movement and shooting mechanics. People who like a more slow-paced, realistic and calculated experience are mostly left out by mainstream developers. To me, Ground Branch is for those people,” says John Sonedecker, Founder of BlackFoot Studios.

For the full game  description, or to contribute to the campaign, see the game’s Kickstarter Page.

“Ground Branch is an online multiplayer shooter, cut from the same cloth as the original Ghost Recon. It is being developed by former Red Storm Entertainment and Valve Software employees, in conjunction with United States Special Operations Veterans, determined to offer a unique and immersive experience to disenfranchised gamers that have been marketed to under the promise of “authenticity”, only to find themselves stuck with so many similar arena shooters.

Players will learn to respect the lethality and versatility of firearms as death can come quick and health does not regenerate. You are then encouraged to join a team, in order to test your strategies and abilities against other groups or clans. Map design is non-linear, featuring randomized objectives and spawns, so that no two rounds feel identical.

As an Operator, your actions and animations – such as reloading or weapon switching – will be just as smooth and deliberate as it is in real-life. To succeed in battle, you will be required to learn the strengths and weaknesses of the available weapon platforms, and to be able to adapt to unforeseen circumstances. Weapons behave as they should and are not artificially balanced. Once players have perfected their loadouts, they can save and name their customized settings for later use. Ground Branch is about player choices and realistic consequences. Your skill and ingenuity will be what allows you to succeed.”

The game is scheduled for release on PC and MAC Summer 2013.