Papo and Yo underwhelms in PSN debut

The latest news in the world of video games at Attack of the Fanboy
August 19th, 2012 by William Schwartz 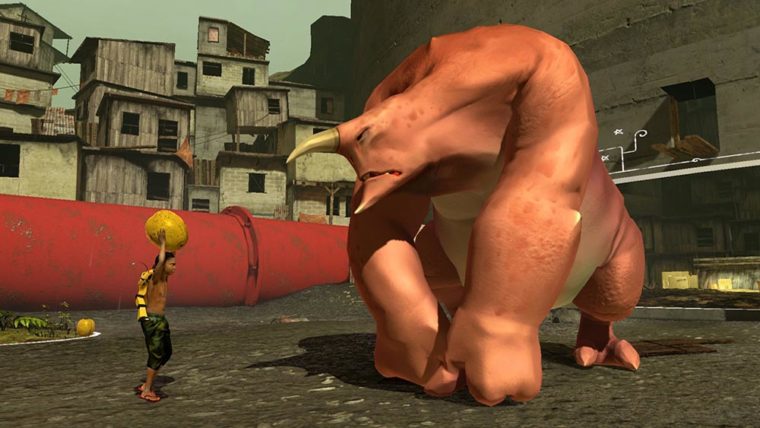 One of Sony’s first titles to arrive out of its Pub Fund program which provides financial support to developers look to make games for the PlayStation brand has seen poor reviews on release. Papo & Yo was released on the PlayStation Network earlier this week, and has seen many critics heaping praise on the story line that deals with topic usually not covered in video games. Unfotunately, Papo & Yo isn’t as successful on the gameplay front.

Papo & Yo is the story of a young boy, Quico, and his best friend, Monster. Monster is a huge beast with razor-sharp teeth, but that doesn’t scare Quico away from playing with him. That said, Monster does have a very dangerous problem: an addiction to poisonous frogs. The minute he sees one hop by, he’ll scarf it down and fly into a violent, frog-induced rage where no one, including Quico, is safe. And yet, Quico loves his Monster and wants to save him.

As Quico, players will build their friendship with Monster by solving puzzles together and adventuring through a magical, surrealist world. Players will need to learn to use Monster’s emotions, both good and bad, to their advantage if they want to complete their search for a cure and save their pal.

Papo and Yo Gameplay Trailer

Top Papo and Yo Reviews

Home / Game News / Papo and Yo underwhelms in PSN debut