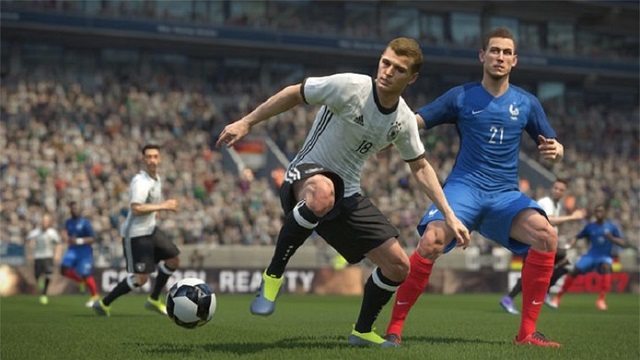 Konami has announced the release date for the demo of PES 2017. The publisher also revealed that it has signed another team to the game.

The list of teams that are playable in the demo are: SC Corinthians Paulista, CR Flamengo, CA Boca Juniors, CA River Plate, FC Barcelona, Club Atlético de Madrid and Arsenal FC. Two national teams are also included and they are Germany and France.

In related news, Konami also announced a new team that they have signed. The announcement was made via the official Facebook page. They posted: “MORE BIG NEWS! We’re happy to announce a four year top-level partnership with one of Germany’s biggest clubs, Borussia Dortmund. BVB will be full licensed in ‪#‎PES2017‬ and (following a free update) their famous Signal Iduna Park stadium will feature in the game. Expect some passionate chats too! Check them and many of our other licensed teams out in our brand new Gamescom trailer.”

You can check out the new PES 2017 trailer below. It shows us a lot of the gameplay and how realistic the graphics look this time around.