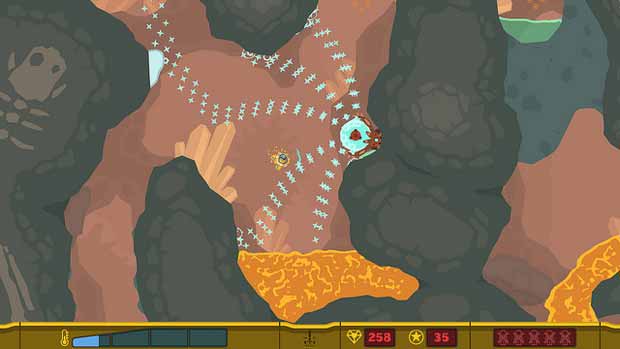 Pixel Junk Shooter 2 is coming March 1st, as just recently announced.  The game is set to deliver even more colorful liquid filled levels in three new a different worlds.  Pixel Junk Shooter 2 will include an online versus mode with over 20 new weapons and abilities to use against your un-willing opponents.  The developer claims that this si the reason it has taken a “little longer than expected” for the game to officially given a release date.

Pixel Junk Shooter 2 is a PlayStation 3 downloadable exclusive that was critically acclaimed when the original released back in 2009.  The original game has you manning the cockpit of a subterranean exploration vehicle to investigate the interior of a diverse cave like universe.  The game was a beautiful shooter back in 2009 and I guess we’ll see shortly if the years have been kind to Pixel Junk 2.