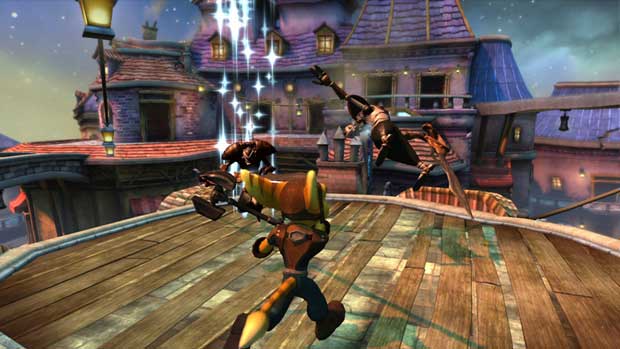 While good in theory, the first reviews are coming in negative.

The latest, from The Sixth Axis gives the game a 5/10 describing the game as:

PlayStation Move Heroes trades off some legacy brand IPs without ever really giving them room to shine or, indeed, interact.  It’s a frustratingly shallow collection of styles, dressed up as something more than it ultimately ends up as.  The presentation’s slick, the visuals are nice and some of the game types are actually rather entertaining, but as a whole this could have been so much more.

Now Gamer describes there experience with the game and gave it a slightly higher 5.4/10

A perfectly ordinary mini-game collection that fails to excite in any way. PlayStation Move Heroes takes advantage of neither its eponymous controller nor its cast of popular characters. Don’t even give it a chance.

We’ll have to wait and see what we think of it, but it puts a damper on our pre-order which has been set in stone for some time now.  PlayStation Move Heroes is set to launch on March 22nd 2011 for the PlayStation 3.