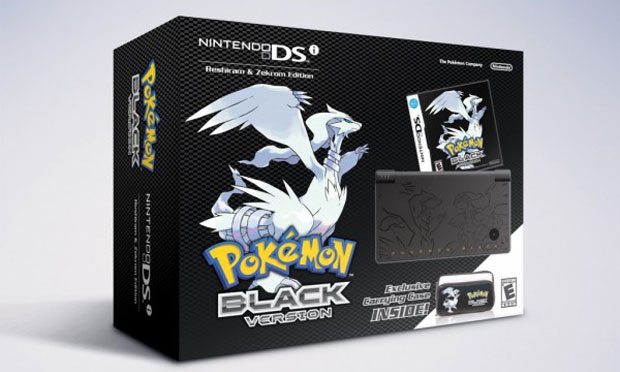 Rest easy Pokémon fans , you will be happy to find out that the Pokémon Black and White bundles that were released in Japan last year will be coming to North America. The bundle will come with either Pokémon Black or White, and a Nintedo DSi of the respective game color and theme withe game’s name engraved on the casing.

The new Reshirom and Zekrom will have their outlines printed on both DSi’s which make these sure to be a collector’s item.  Hopefully the bundle will be released in the US and UK in time for the Pokémon Black and White release, but who knows?  The bundle was released in Japan last year and will be coming to North America in early March.