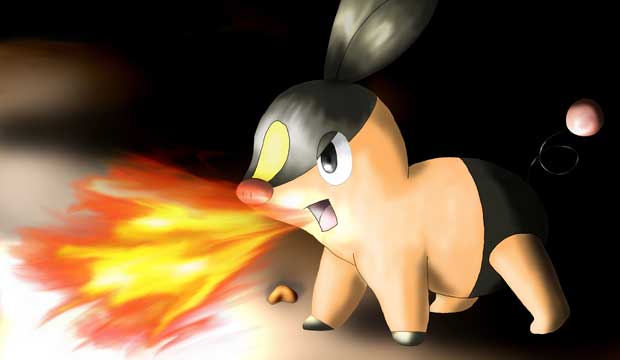 The first gym battle you will face in Pokemon Black & White has been released from The Official Nintendo Magazine.  The first battle is said to be “a little trickier this time around” because depending on which Pokemon you choose as your starter the gym leader you face will be different.

Chili is a leader who specialises in Fire type Pokémon, Cress is an expert in Water types while Cilan battles with Grass types. Because our Starter in this video is Tepig, a Fire type, we had to fight Cress.
Then the battle starts. Tepig begins by facing off with Lillipup, a puppy Pokémon who is known as Yorterri in Japan. As you can see, the battles are a lot faster.

The Pokemon Black & White Adventure begins on the Nintendo DS on March 6th, 2011.