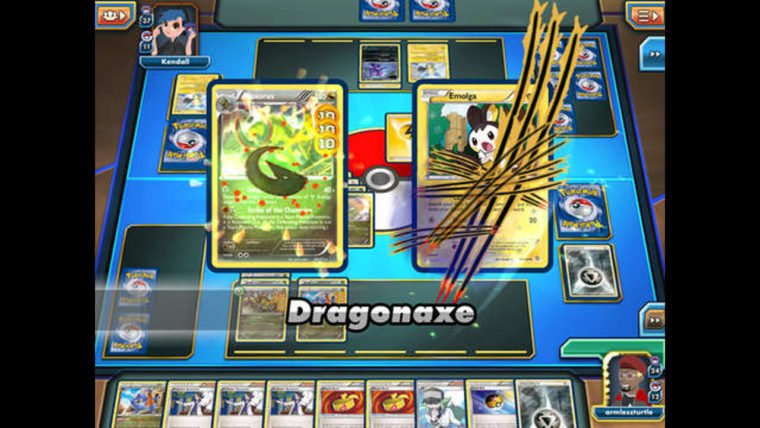 Announced during the Pokemon World Championships, the official Pokemon Trading Card Game Online app has hit the Canadian app store for iPad. The app is free to download and syncs up with the current desktop version of the game. Currently Pokemon Trading Card Game Online is only playable on the iPad with no word on whether an iPhone or Android version could be coming later. While the app is only available in Canada at this time it is highly likely it will begin rolling out to the US and other territories very soon.

Play, trade, and challenge other players around the world

The official description for the app reads “Have fun learning and mastering the Pokémon Trading Card Game Online! Practice against the computer or go head to head with your friends or other players from around the world. Unlock cards and decks as you play to build up your collection and make truly unique decks. Your decks and card collection are stored as a part of your Pokémon Trainer Club account, allowing you to switch between iPad and desktop with ease.”

Players can collect cards, build decks, open booster packs, trade with other players online, and finally duel to see who is the better Pokemon master. You can also play against the computer to test out your skills and hone your strategy for online battles.