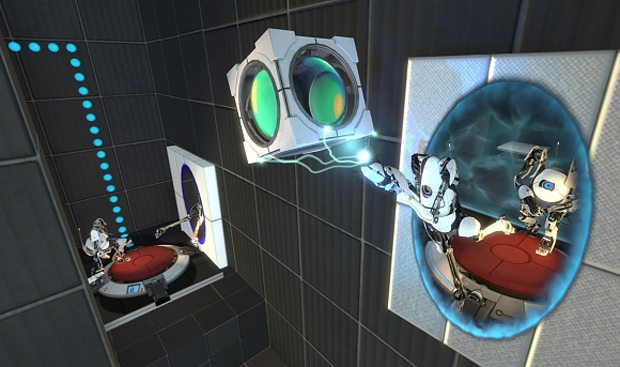 Valve is ringing in a new era for console gamers with Portal 2 later this year.  The popular sequel will be getting user generated content for the console version as well as the PC version this time around.  Valve started this with the Left 4 Dead franchise in bringing community created content to the Xbox 360 in the form of Community Mutations.   And now with Portal 2 it looks like all versions will be getting this same treatment.

A recent interview with Chet Faliszek brought to light these new innovations with the upcoming Portal 2. And eventhough console gamers wont get all of the tools that PC gamers will have access to, the end result will be the same. What this means is a ton of extra content for the consumer, in typical Valve fashion.  One of the best parts about Valve’s games are the long running support, and the great user created content.  Furthermore, PS3 players will be getting access to much of the content through upcoming Steamworks features as well which is a great leap for consoles.

“The mod tools have to stay on the PC side just because there’s a bunch of dependencies that require the Windows platform,” Faliszek told NowGamer. “But the content that comes out is agnostic, and so we will be seeing that on all the platforms. Depending on the platform you’re on I should say, will depend on how we’re delivering it.”

I can’t wait to see what the community does with a game like Portal 2, it’s going to be an amazing game.