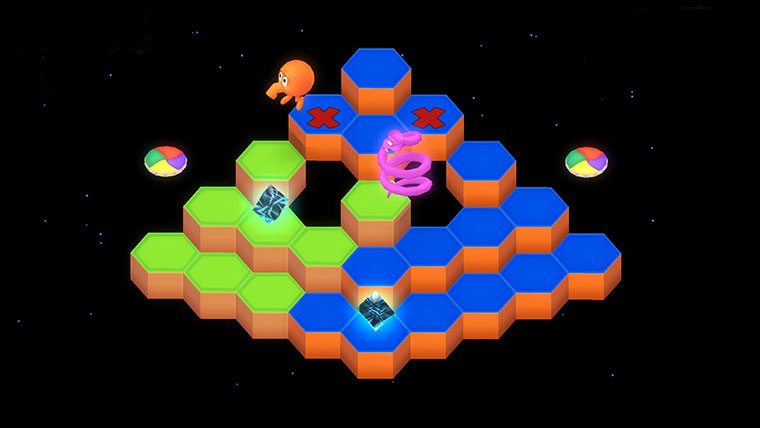 There are some heritage classics in gaming that have held up and continued to thrive over the years, like Donkey Kong and Mario. Others haven’t done so well and have faded away with time. Well, it looks like one of them is coming back.

After popping up as a destitute and out of work character in Wreck It Ralph, Q*bert is making his way back into his own game thanks to Gonzo Games, Sony, and Steam. Q*bert Classic is being released alongside Q*bert Rebooted which brings the old school platformer into a 3D world. In addition to PC, there are tablet and mobile versions coming.

If you’re unfamiliar, Q*bert was about an odd little creature jumping on a series of blocks and trying to turn them all the same color while pursued by enemies. If caught by those enemies, Q*bert would then swear up a blue streak in his alien language. Q*bert was always a foul-mouthed…whatever he was.

Anyone looking for a straight up nostalgia trip had better hit Steam on July 8th. It’s also worth noting that Q*bert 2004, a Flash-based version of the original game released by Sony, is available over at Yahoo Games right now. It’s a relatively faithful rendition of the original. The upcoming Steam release might not be his first attempt to come back but it will be nice to see Q*bert getting another shot in a new era of gaming.