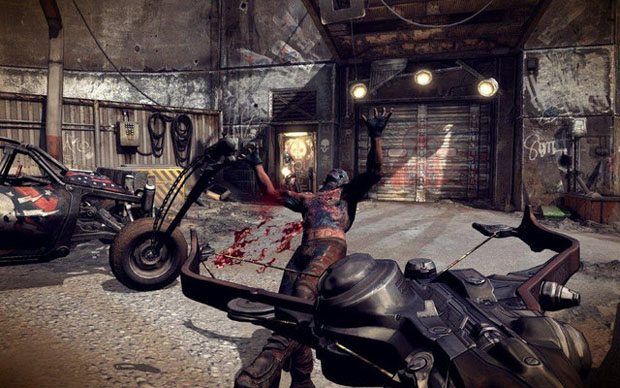 Bethesda just released new media for their upcoming shooter, RAGE.  The game was supposedly set to launch a website today, but it’s still encountering server errors but should be up shortly.  The media they released is in the form of screenshots from the game and they are of course, a sight to see.  Check out the gallery below and let your wait begin.  The game is scheduled for a September 2011 release on PS3, Xbox 360, and PC.

RAGE™ is a groundbreaking first-person shooter set in the not-too-distant future after an asteroid impacts Earth, leaving a ravaged world behind. You emerge into this vast wasteland to discover humanity working to rebuild itself against such forces as bandit gangs, mutants, and the Authority – an oppressive government regime that has a special interest in you in particular. Featuring intense first-person shooter action, breakneck vehicle combat, an expansive world to explore and jaw-dropping graphics powered by id’s revolutionary id Tech™ 5 technology, RAGE™ promises an experience like no other.