Rage Multiplayer Not What You’re Expecting 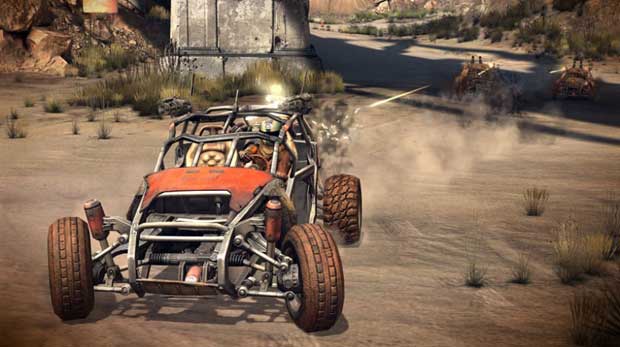 If you’re expecting id Software’s multiplayer to be an FPS with a more familiar structure you’ll be in for a surprise.  The game will feature a multiplayer mode, but it won’t be your run of the mill deathmatch style gameplay.  Instead, id is focused on bringing vehicular combat as its multiplayer component.  Alongside the extra-curricular vehicular activities a two player cooperative mode has also been announced.

In an effort to make Rage completely unique, the game will instead offer a vehicular based multiplayer which is id Software’s version of Twisted Metal.  You’ll choose vehicle loadouts at the beginning of a match and you’ll race through checkpoints, earn points, and blow up the other drivers in the match.  The game has been said to include multiple vehicular game modes with a variety of maps included according to our source.

The developer did note that you could expect Rage to incorporate some kind of traditional multiplayer progression that would unlock weapons and other customizable options.