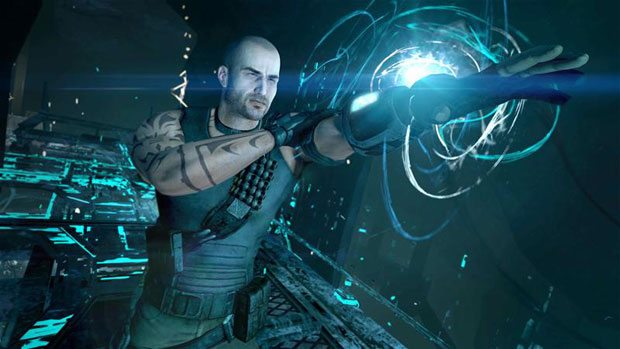 Red Faction Armageddon was pushed back a little after it’s reveal last summer.  THQ has kept the game well under wraps until the surfacing of it’s most recent trailer.  Early screenshots confirmed that the game had undergone some changes, but this trailer shows a whole other side to the Battle for Mars in Red Faction: Armageddon.  All new breeds of enemies some human, some not, will be featured in the upcoming game and it looks to have a much darker side to it than before.

A long-dormant evil emerges from the caves of Mars, unleashing Armageddon on the planet’s colonists. With this force stopping at nothing to cleanse the planet of life, mankind finds itself poised on the brink of extinction. Red Faction Armageddon expands on the critically acclaimed, best-selling franchise with new, groundbreaking challenges. You are humanity’s last hope for survival.