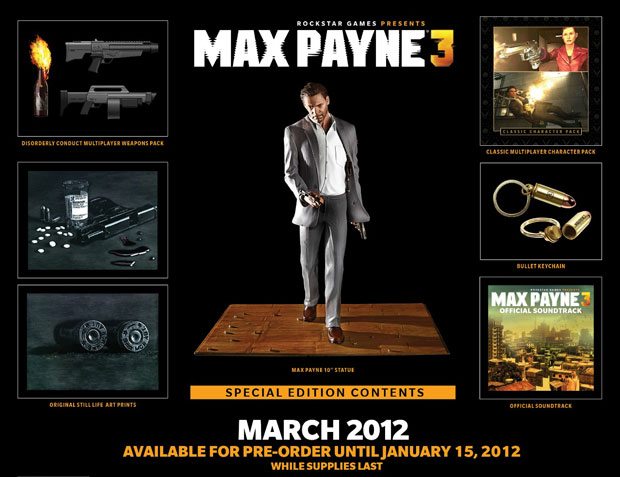 Rockstar has revealed the Max Payne 3 Special Edition that includes a load of goodies for those that pre-order the upcoming game between November 21, 2011 and January 15, 2012.  For $99.99 Xbox 360, PS3, and PC users can get the following extras in the “Special Edition”.