Saints Row 3 to Skip Multiplayer This Time Around 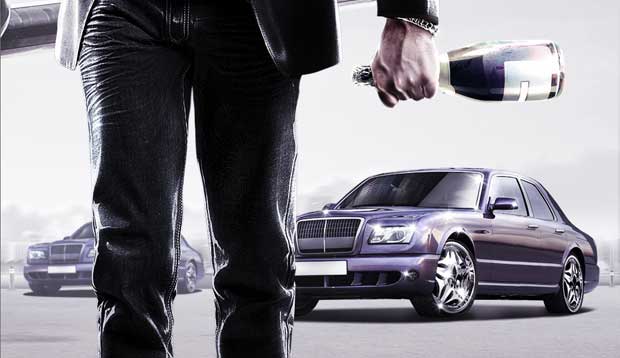 While it was just officially confirmed that Volition is working on Saints Row 3, the first details have started to surface regarding what to expect from the open world crime game. First things first, fans of the original games should know that there are going to be some big changes to the game.

First off, THQ will not be offering a multiplayer component in the recently announced Saints Row 3, although it will continue to support cooperative play.  These details come amidst a slew of information from the latest info from Game Informer compiled by the community at NeoGAF.

Saints Row 3 starts with a bungled heist that sees the majority of the gang jailed. This raises the ire of a new gang, the Syndicate, which holds you and your closest allies prisoner on a jet. The gang wants to squeeze a percentage of the Saints’ monthly profits, which of course leads to a fight and causes your character to jump out of the jet. That’s how the Saints roll.

Johnny Gat and Shaundi, two of your major allies from Saints Row 2, will be returning as accomplices.  Weapons can now be upgraded. For example, you can fit sniper scopes and under-barrel grenade launchers to the assault rifle.  Another character is Oleg, an eight-foot-tall monster of a man that can toss cars around. The Syndicate attempts to clone him, but science goes wrong and creates a bunch of dumb copies. These will show up as new enemy types in the game.

A new RC gun lets you shoot an electronic bug that can control vehicles remotely. You will be able to upgrade it to control tanks and air transport. A traditional leveling system has been included this time. Your Respect gauge now works like experience points. You’ll rank up with increased respect, and kit out your character with new perks and weapons. Player choice will be paramount.  Cars can be upgraded with more features this time. Various aesthetic and performance tweaks will be offered, such as durable bumpers, extra speed, oversized spoilers and colored underglows. More costume options for the player character are, of course, available. Confirmed costumes include space suits, cowboys/cowgirls, cheerleaders, mexican wrestlers, superheroes, pirates, ninjas, and furries. New weapons include a giant dildo and tactical airstrikes. That is the most extreme spectrum I’ve seen.  Every single weapon has included a specific animation for nut shots. With a pistol, you’ll drop to a knee and whip the gun into the fruits. With a bazooka, you’ll take a full golf swing at the tender portions.

Three new gangs: Morning Star, which model themselves after masked wrestlers. The Deckers, computer nerds into money laundering and security. STAG, a government-sanctioned group designed to destroy other gangs.  Missions can be completed in multiple ways. For instance, you could blow up an important skyscraper, or take the building over. Another example if stealing a Morning Star boat full of prostitutes — you can sell the boat back to the gang, or keep it and pimp the girls yourself for profit.  Confirmed Activity side-missions include: Professor Genki’s Super Ethical Reality Climax, a Japanese game show full of dangerous stunts and, I’m sure, plenty of charming racism. Tank Mayhem, in which you use a tank to destroy specific high value targets. Guardian Angel, where you must drive carefully around town with a tiger in the back of your car.

As earlier stated, online multiplayer has been killed off, but the co-op remains intact.