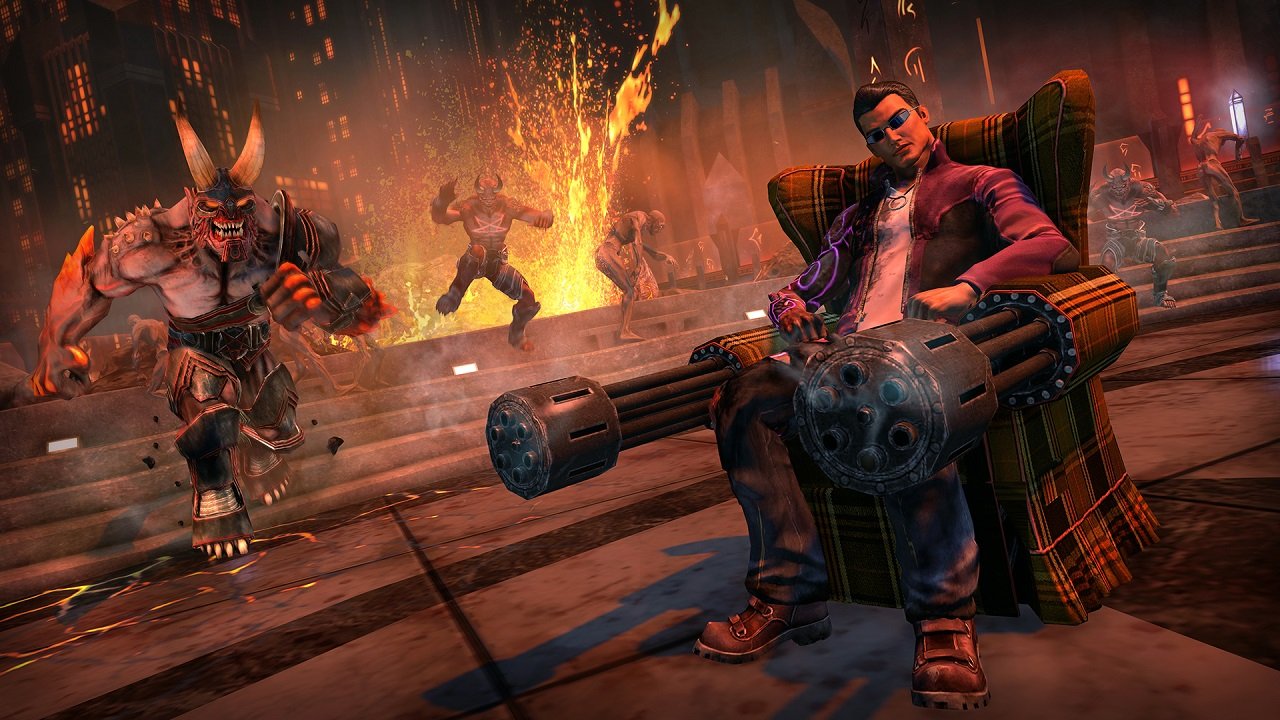 Saints Row IV: Re-Elected is the all in one pack for every Saints Row IV fan and Saints Row aficionado complete with all DLC and the upcoming stand-alone Gat Out Of Hell coming to next-gen platforms one week early.

Saints Row IV: Re-Elected has two pre-order bonuses for fans who choose to do so. The first titled ‘Devil’s Workshop Pack’ allows you to fly around with the purple wings of a Third Street Saint in Gat Out Of Hell and allows you to also wield Yorick, the flaming skull of Shakespeare’s infernal might. The second pre-order pack, the ‘Plague Of Frogs Pack’ allows you to rain down frogs on Zinyak’s forces in the main game, and run around dressed in either Infernal Guard armor or Hellish Princess costumes. If you choose to pre-order just the standalone Gat Out Of Hell title you will still receive the ‘Devil’s Workshop Pack’.

Gat Out Of Hell will have seven new deadly weapons added to the arsenal that players will use to take on the minions of Hell. Check out the awesome descriptions below and the trailer that shows a lot of awesome gameplay and a few expletives.