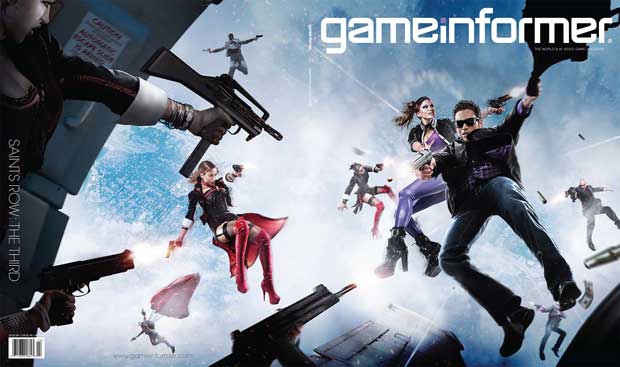 From the beginning of the game you will be sitting at the top of mountain.  You have already earned your keep in the previous games and are now the head of a criminal organization.  “There’s no delivering pizza, no shuttling family members about in a long series of taxi missions.  Instead, you take all the power of the Third Street Saints and you take the world by storm.”

More details are incoming in the latest issue of Game Informer Magazine in the March 2011 edition.  But for now, the next installment is scheduled for a holiday release on the Xbox 360, PC, and PS3.

Years after taking Stilwater for their own, the Third Street Saints have evolved from street gang to household brand name, with Saints sneakers, Saints energy drinks and Johnny Gat bobble head dolls all available at a store near you. The Saints are kings of Stilwater, but their celebrity status has not gone unnoticed. The Syndicate, a legendary criminal fraternity with pawns in play all over the globe, has turned its eye on the Saints and demands tribute. Refusing to kneel to the Syndicate, you take the fight to a new city, playing out the most outlandish gameplay scenarios ever seen. Strap it on. – THQ