Will Shift 2 Back Up Its Claims of Superiority to Gran Turismo 5? 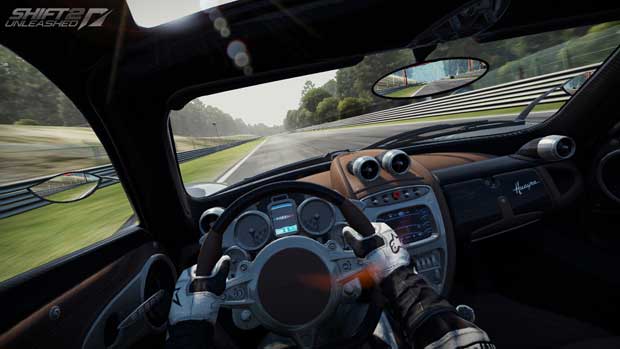 The Shift 2 Unleashed release date is just around the corner.  With that, EA has released a launch trailer for the game which you can check out below.  Getting our first look at the game in it’s finished form, it’s almost time to see if all the talking that EA did surrounding the release of Gran Turismo 5 carries any weight.  You check back next week for our review, but until then, let’s refresh on the claims that EA has made about GT5 and Shift 2.

If you can remember, back in November, EA had this to say about Gran Turismo 5 :

“What does make sense to me … I think they have a very sterile, almost car collecting type of product where that’s mainly what we do and I think we can offer something different. Our idea is that if we can offer the most authentic driving experience and portray what it feels like being inside a race car, then I think that’s where we can excel and where we absolutely will beat them. That I know for sure.” said Patrick Soderlund

Which as statement was innocent enough, but right around the same time Marcus Nilsson, another EA representative was quoted as saying:

“You have to make a choice with today’s tech. Either you go for – and this is harsh but it’s what I think – the bland graphics of GT and Forza, or you try to push the bar for what consoles can do,” said Nilsson.  “That’s what Slightly Mad is doing, and hence the decision was made to aim for 30 frames,” he added.

I’m excited to sink my teeth into Shift 2: Unleashed.  The first offering was a fairly decent arcade style racer, who had one of the best in-car racing experiences I’ve ever played.  Still was a little too arcadey for my tastes, but the in-car view made it fun.  It also had an almost First Person Shooter damage mode.  When you hit a wall at top speed, you felt it.  The screen would blur, and it was trying to get your car back into the action.  Hopefully they improved upon these mechanics and also fixed some of the arcadey feel.  If they did, you can bet Shift 2: Unleashed is going to be a great game. But better than GT5?  We’ll have to wait and see.

Home / Game News / Will Shift 2 Back Up Its Claims of Superiority to Gran Turismo 5?