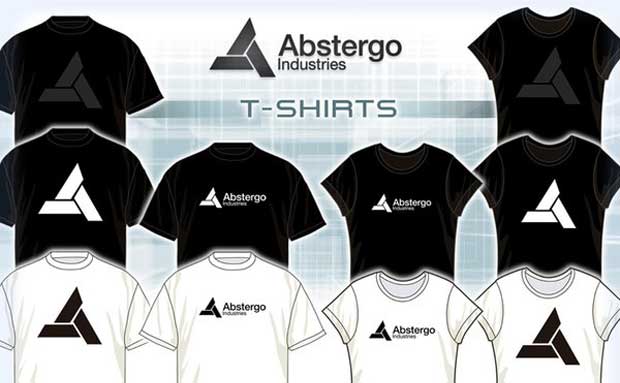 Ubisoft released a limted edition hoodie with the launch of Assassin’s Creed Brotherhood, but that didn’t stop fans from flooding the UbiWorkshop begging and pleading to release more of the sweatshirts.  And UbiWorkshop responded.  Not with more hoodies, but with cool new Abstergo Industries T-shirts.

Available in Mens, Womens, and Kids sizes the Abstergo T is available in Black or White in the fashions shown above.

This has not calmed the fans still wanting the hoodies however, the comments sections of the Ubiworkshop is still set a blaze by fans pleading for more hoodies which makes sense being that we’re in the dead of Winter.

But Spring is just around the corner and how better to flex those muscles you’ve sculpted from playing hours of Assassin’s Creed Brotherhood Multiplayer this Winter than with an official T-shirt from the game.