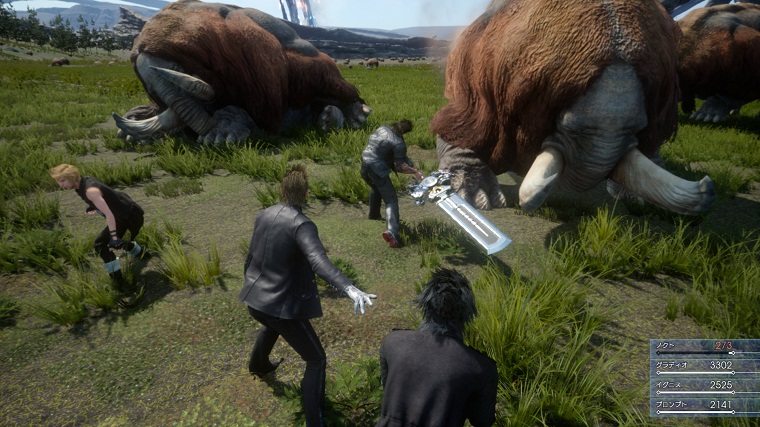 The latest issue of V-Jump magazine in Japan has an article talking in more detail about the combat system in Final Fantasy XV.

One notable thing from the Final Fantasy XV article shows a screenshot of Noctis wielding a “dragoon’s spear”. In the trailers, they usually show Noctis wielding a sword instead. This screenshot shows that characters in the game will be able to use many other different weapons.

Another piece of small info about Final Fantasy XV is that you will encounter enemies from all sizes. Enemies both big and small will be roaming around the vast areas in the game. Some people would have seen this already with the recent trailers showing the huge titan trying to stomp on Noctis and the gang.

An interesting part about Final Fantasy XV’s battles is that combat actions will change depending on the environment that Noctis is exploring. Abilities and skills will be used based on the enemies you have to face in a certain area.

The last cool thing is that Noctis’ teleportation ability will be available for you to try out in the Final Fantasy XV demo.