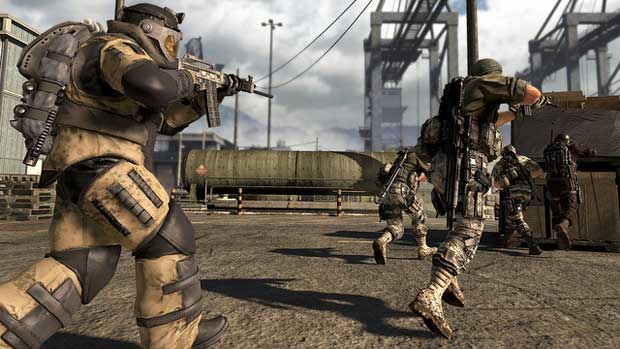 It was announced today that the SOCOM 4 Multiplayer Beta will roll out in four seperate phases.  The first, a small private group will continue to grow until it reaches the PlayStation Network’s general population.  On March 15th the private beta goes live.  Followed by the 22nd, where PlayStation Plus members will gain access to the beta.  On the 29th, anyone with a beta code from Killzone 3 can then access the content.  And finally, on April 5th the beta will be available to all.

The beta will include four game modes and two maps.  The modes Suppression, Last Defense, Uplink, and Bomb Squad will all be playable modes during the period.  The Two maps “Port Authority” and “Assasult & Battery” will be the two maps included in the demo.  Zipper notes that “each mode will be accessible in either their Standard or Classic Variants.”