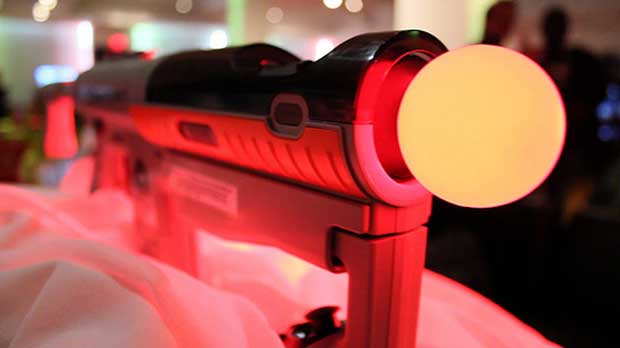 “Given the high level of anticipation for SOCOM 4: U.S. Navy SEALs, we wanted to provide the most immersive offering to fans of the franchise, who seek to experience the next evolution of motion gaming,” said John Koller, Director, Hardware Marketing, SCEA. “With the precision of the motion controller and the intuitive design of the sharp shooter, PlayStation Move delivers on that promise. When used in tandem with the stereoscopic 3D support for games like SOCOM 4 and Killzone 3, it results in an experience only possible on the PlayStation 3 system.”

The sharpshooter can be used on many of the PlayStation move compatible games like, Killzone 3, Dead Space Extraction, and of course SOCOM 4.  I don’t know about you, but after watching that SOCOM 4 segment on GTTV last night, I’m super pumped for the April 19th release.