Some genres will be best on Move over Kinect 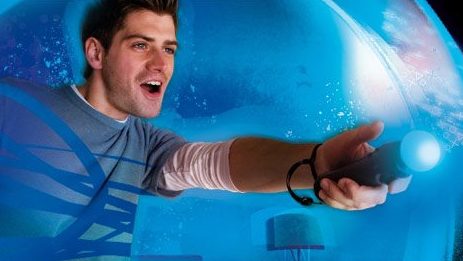 “My guess is that some genres will be best on Move over Kinect” – The CEO of EA  thinks it unlikely that motion controls replace traditional controllers in the future.  Riccitiello told Industry Gamers that the probability for a more synergistic approach to gaming is the likely outcome of the introduction of motion based gaming.

With many different genres and methods to play games it is impossible for one method to extinguish the other.  Cohabitation in the gaming world is what Riccitiello stressed in the interview.

“I think that there will be genres where the gesture-based gaming… will actually be the superior way to play. Dance games, music games, exercise games. It’s really hard to imagine an exercise game with your thumbs,” “It’s really hard to imagine that I’m going to play a future edition of Medal of Honor, or Call of Duty, or Battlefield, hiding behind my couch, making a gun out of my finger. I’ve tried driving with gesture-based controls; I don’t really like it.”