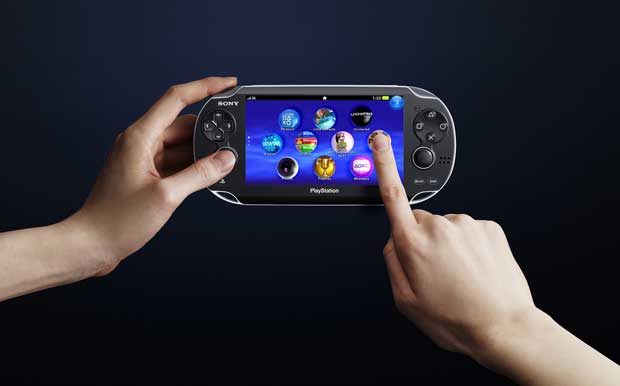 Today the 2011 PlayStation Meeting Sony announced the PSP2 but are calling it Codename:NGP for now.  The device has been confirmed to play PSP games, PSP minis, PSOne Classics, and other titles from the PlayStation Store.

As you can tell by the screenshots below, The NGP, or Next Generation Portable has gotten a nice makeover.  But it’s not all superficial by any means.  First up is the screen size increase, the NGP has got a five inch OLED multitouch screen that pumps out 960×544 resolution, the device house two analog controls.  One on each side.  It features much of the gyroscopic technology from the PlayStation Move.

The conference was also said to shed light on the power of the device.  Big name developers like Hideo Kojima demoed top titles like Metal Gear Solid 4 Running at a solid 20 fps.  Other titles shown at the conference included Monster Hunter, Dynasty Warriors, and Dungeon Defenders.

So how much does it cost?  Well, there was no announcement on pricing just yet.  But a release date window was confirmed for Holiday Season 2011 in Japan.