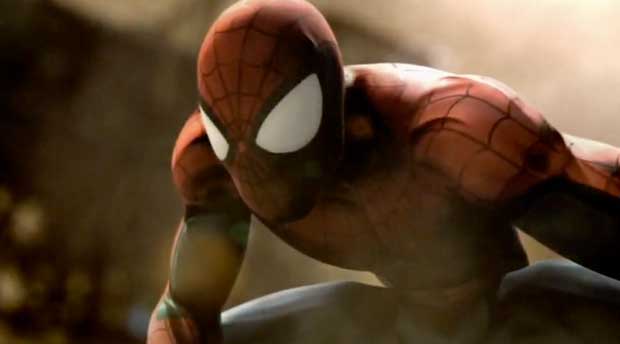 There’s another Spider-Man game in the works from Spider-Man: Shattered Dimensions developer, Beenox.  If the WonderCon panel schedule is to be believed, Activision is slated to unveil a new Spider-Man game at the event.  The reveal is scheduled for 4:30 on April 2nd at the Moscone Center in San Francisco.

4:30-5:30 Activision Spider-Man— Marvel, Activision, and acclaimed developer Beenox are headed to WonderCon with all-new Spider-Man videogame content! First, take a tour with Beenox down memory lane of the award-winning Spider-Man: Shattered Dimensions, and discuss their post-launch reactions and what key learnings from the fans they are applying to future games. Next, be the first to check out exclusive details, screenshots and videos of the next Spider-Man game, with game development talent from Beenox, acclaimed Marvel writer Peter David (co-creator of Spider-Man 2099), voiceover talent Josh Keaton (voice of Spider-Man in The Spectacular Spider-Man and Spider-Man: Shattered Dimensions) and Marvel’s VP of games production, TQ Jefferson. Room 103

Spider-Man: Shattered Dimensions was received well when it released last year, when compared to the standard movie tie-ins that we’ve come to expect from the web slinger. The game was influenced by the comics which is a good thing.  Hopefully Beenox continues in that direction.