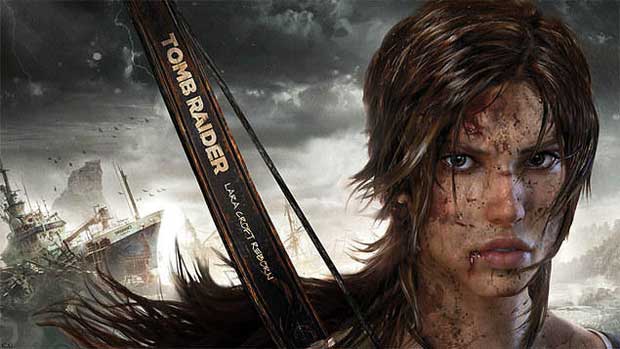 Among the biggest names in the industry, Square Enix is one of those publishers that never ceases to make some kind of big reveal at the world’s biggest gaming spectacle of E3. This year will presumably be no different, and the company has recently announced their lineup that is to be presented at the convention.

“We’re thrilled to present a roster of games based on some of the industry’s most acclaimed franchises as well as introduce exciting new titles,” said Mike Fischer, president and chief executive officer of Square Enix, Inc. “We are incredibly fortunate to work with a global network of world-renowned studio and development partners committed to creating outstanding interactive experiences. Our goal is to entertain and engage a wide range of consumers with the best experience possible, whether they are gamers who grew up playing our games or people just learning about our vast portfolio of titles.”

The publisher’s big titles this year include:

DEAD ISLAND – The island of Banoi is a lush, tropical paradise in the South Pacific where its flagship Royal Palms Resort serves as the ultimate getaway for vacationers with money to burn. However, all good things must soon come to an end – and the picturesque resort falls into madness and carnage after a mysterious zombie outbreak throws its once-peaceful atmosphere into chaos. Four individuals who strangely find themselves not affected by zombification must utilize day-to-day items as weapons to fight off zombie hordes in intense, gruesome melee combat in order to survive.

DEUS EX: HUMAN REVOLUTION – DEUS EX: HUMAN REVOLUTION marks the return of one of the most critically acclaimed video game franchises of all time. The year is 2027 – a time of great innovation in neuroprosthetics, but also a time of chaos, conspiracy and a new social divide. Adam Jensen, a man cybernetically augmented against his will, finds himself in the middle of a mysterious global plot to which he holds the key. By offering players the chance to advance through the game in multiple and different ways, DEUS EX: HUMAN REVOLUTION challenges the foundations of gaming and provides an immersive experience, where every choice has a lasting consequence.

DUNGEON SIEGE III – As one of the few remaining members of the 10th Legion, disgraced protectors of the land of Ehb, it is up to you to rebuild the once-great Legion and stop the land from falling into darkness. Joined by a group of unique companions, you will travel through a compelling world, defeating all manner of villains and beasts through a combination of heroic abilities, screen-shaking magic and pure cunning. DUNGEON SIEGE III seamlessly blends intuitive action gameplay, a robust RPG system featuring a large selection of abilities and loot, an extensive multiplayer component, and Obsidian Entertainment’s signature storytelling.

FINAL FANTASY XIII-2 – Set a few years after Lightning and the others saved Cocoon, some survivors have decided to start over by rebuilding on Gran Pulse. Lightning, however, is nowhere to be found and thought dead by many, but Serah believes otherwise. When her town is suddenly overrun by monsters, a mysterious man named Noel appears to save her. Together, the two set off to find Lightning. FINAL FANTASY XIII-2 is the follow-up to the 2010 hit title, FINAL FANTASY XIII, and the latest installment in the world-renowned FINAL FANTASY series, which has shipped over 97 million units worldwide.

HITMAN ABSOLUTION – HITMAN ABSOLUTION follows cold-blooded assassin Agent 47 as he takes on his most dangerous contract to date. Betrayed by those he once trusted, and hunted by the police, he suddenly finds himself at the center of a dark conspiracy and must embark on a journey through a corrupt and twisted world. Showcasing IO Interactive’s new proprietary Glacier 2™ technology, the game has been built from the ground up. Boasting a cinematic story, distinctive art direction and highly original game design, HITMAN ABSOLUTION combines much-loved classic gameplay with features never seen before in the Hitman franchise.

TOMB RAIDER – TOMB RAIDER® delivers an intense and gritty story of the origins of Lara Croft and her ascent from frightened young woman to hardened survivor, armed with only raw instincts and the physical ability to push beyond the limits of human endurance. Superb physics-based gameplay is paired with a heart-pounding narrative in Lara’s most personal, character-defining adventure to date.

There are quite a few titles here to get excited for, but I’d have to say that I’m looking forward to seeing more from Dungeon Siege III. The demo is available now on Xbox Live and I assure you it’s worth the hard drive space. What titles from Square Enix are you excited for most? Let us know in the comments section below.