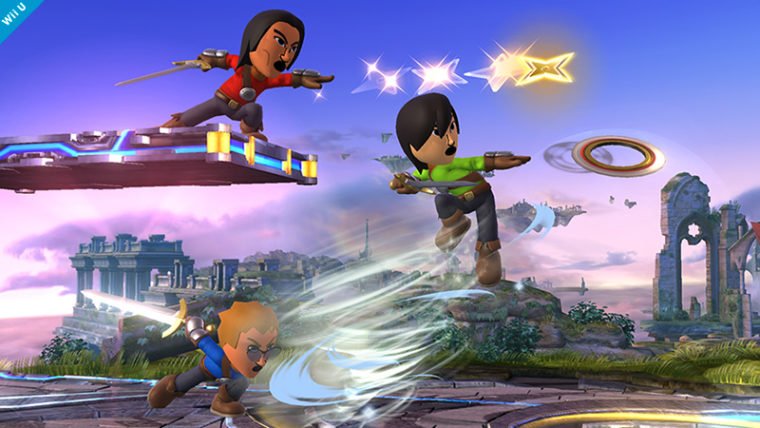 To kick off Nintendo’s Digital Event during E3, we got the reveal of technically three brand new insanely customizable fighters for the upcoming Super Smash Bros., which all fall under the umbrella of the Mii Fighter. Further details were revealed during the Nintendo Treehouse Live @ E3 event where we saw even more about how it was split into three characters, Mii Brawler, Mii Swordfighter, and Mii Gunner.

These three character types are pretty self explanatory, with Mii Brawler being the up close hand-to-hand combat type fighter, Mii Swordfighter being the more graceful fighter with a strong weapon, and Mii Gunner relying on projectiles from afar to combat enemies. Since learning about the basics of each, Masahiro Sakurai showed off a little more about the Mii Swordfighter through the official Super Smash Bros. website and Miiverse as he does every weekday. The following is the caption associated with the above picture on Miiverse.

Mii Fighters certainly look like they will be a blast to use when Super Smash Bros. launches this October 3 for Nintendo 3DS, followed by a Wii U release this holiday season.