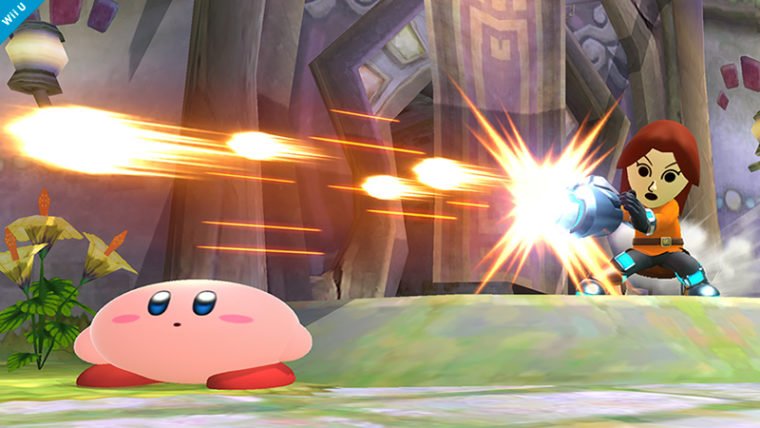 One of the most recently announced fighters for the upcoming Super Smash Bros. was the Mii Fighter at E3. Unlike other fighters, you have three different types to choose from, between Brawler, Swordfighter, and Gunner. Over the last few weeks, we’ve been learning a little more about each of them, and this time it is the Gunner’s turn again.

For those that love playing the long game in Super Smash Bros., the Mii Gunner may be just the fighter for you according to Masahiro Sakurai.

This range should certainly make the Gunner very different from the other two, who are more close combat fighters for the most part. Oddly enough, Sakurai chose to use the above image with this update, which showed the attack miss at he said above.

This type of fighter may take a little longer to learn, due to the variables of distance, especially depending on the stage, but should be a very formidable fighter when this game releases for the Nintendo 3DS on October 3 in the US, followed by a release on the Wii U late this year.