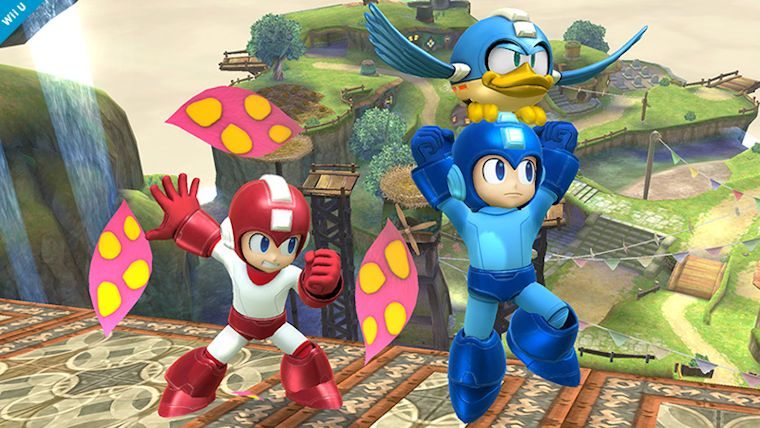 Probably the most exciting addition to the upcoming Super Smash Bros., which is saying something, is Mega Man. One of the iconic characters on the NES, the Blue Bomber makes his triumphant return to Nintendo on both the Nintendo 3DS and Wii U. With a long list of games at his disposal and that many enemies, Mega Man had quite the selection of weapons in his arsenal for Masahiro Sakurai to choose from and thanks to the new custom movesets, we will have plenty of them to use.

Today’s latest daily update brings us news of two of these such custom moves:

It is cool to see the addition of Beat to the mix and Plant Barrier should also be useful. The hint at even more boss-like moves will be great, as we’ve already seen a good number of them. It almost seems like Mega Man was the reason for the introduction of custom movesets to the franchise. It likely wasn’t of course, but it still fits perfectly.

Look for Super Smash Bros. on the Nintendo 3DS on October 3, with a release on the Wii U this holiday season.