Superhot VR will be an Oculus Rift Exclusive ‘For Now’ 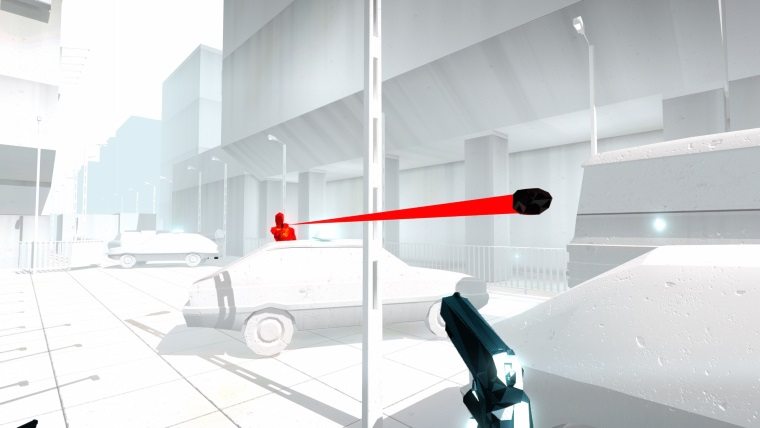 Superhot was a fantastic indie shooter, taking an interesting idea and expanding it into a full gaming experience that surprised and delighted fans and critics. With the game’s subject matter, which dealt with virtual reality, and the warping of reality around the player, it wasn’t shocking that a VR version was in the works. The developer made the official announcement recently, but there was one bit of info that has fans in an uproar.

Superhot VR will be an Oculus Rift exclusive, at least for a while. The questions was put to the developer on Reddit, with a user wondering if Superhot VR would function with the HTC Vive. The developer responded “For now we concentrate on Oculus.” Fans immediately reacted, with the post being heavily downvoted, and users wondering if Oculus had paid the developer for the exclusivity.

Of course, this is a troubled time for VR and Oculus specifically. The company has recently made a lot of moves that fans are very upset by, such as adding additional DRM that had the either intended or unintended effect of also disabling the Revive mod. This mod allowed Oculus Home games to be played via an HTC Vive. The mod has since been updated to get around the DRM, but the situation is still very tense, with fans arguing that Oculus is damaging VR as a whole in order to maximize their own profit.

As far as Superhot VR is concerned, its Oculus Rift exclusivity is unfortunate for those with just an HTC Vive, but the game itself sounds pretty enjoyable. “The level of game immersion that you get from playing SUPERHOT in VR is simply crazy,” reads the dev blog. “We try to add as much as we can to that from us. Recently, we played around with holophonics type of sounds in SUPERHOT. Thanks to that you will be able to for example “locate” a passing bullet just by the noise it creates. No more shooting in the back from now!”