How will you survive until GTA V? 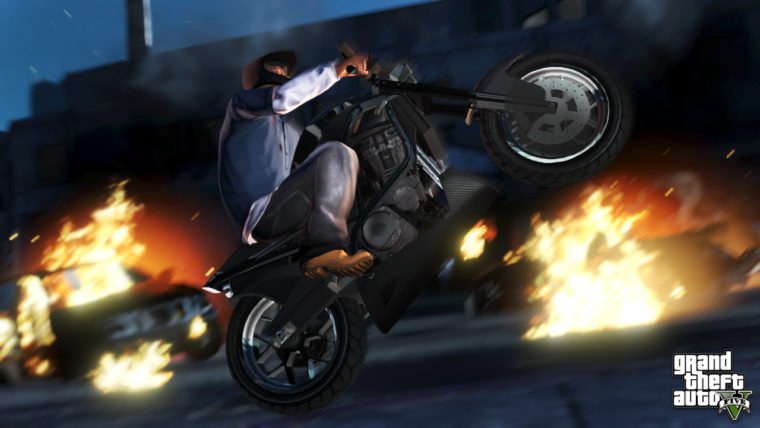 It’s no secret that Grand Theft Auto 5, commonly abbreviated to GTA V, is launching tomorrow. With just hours now until September 17th, gamers everywhere are itching to get their hands on it now more than ever.

Gaming websites have been saturated for weeks with all manner of details, screenshots and gameplay videos. There have been a lot of leaks, mainly including footage and GTA 5’s massive map, though Rockstar has also maintained a steady stream of legitimate news, screenshots and trailers.

Numerous gaming websites have also released reviews today, including us. GTA V appears to have lived up to the massive hype that it’s been receiving, with critics giving it full marks across the board. I’ve already seen no fewer that 10 professional reviews giving the game the highest possible praise. Quite frankly, it looks like it will eat up your free time and completely destroy your social life. Well, until the multiplayer, GTA Online, launches in two weeks that is. Then you’ll still be trapped inside, playing GTA V until the early hours, but at least you’ll be doing it online with friends, which passes for ‘social’…ish.

So how are you going to spend your last few hours of freedom before GTA V releases? Will you be camping outside your local retailer, waiting for the clock to strike 12:00am and the midnight launch to begin? Maybe you’ll be reading up on every morsel of information that the internet has to offer, or watching every available gameplay video? Or maybe you’ll just get an early night to free up more playing time tomorrow.

Leave a comment below with how you plan to survive until GTA V.

Home / Game News / How will you survive until GTA V?