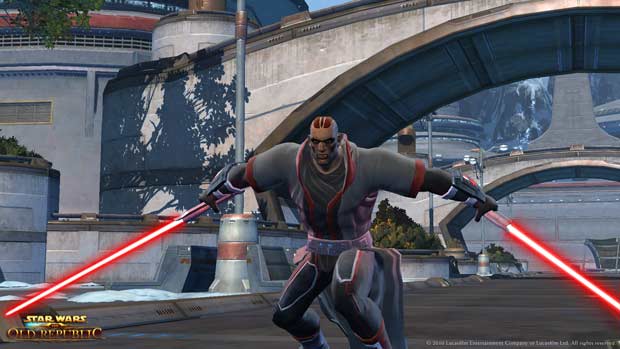 EA CFO Eric Brown announced at a Lazard Capital Markets Technology Conference, that Star Wars: The Old Republic (SWTOR) will not be launching before July 1st.  So the upcoming MMO from Bioware will not see a fiscal year ’11 release.  Brown reconfirmed that the game will release sometime between April 1st.  and December 31st of 2011.  It looks PC gamers will have a lot to look forward to this holiday season.

Brown had this to say at the conference:

“So we said it’s going to launch sometime in calendar, but not within Fiscal 11. So that basically pens down between you know, April 1st and December 31st of this calendaryear. It’s also reasonable to infer that it’s not in our Q1 guidance. We gave Q1 Fiscal 11, Fiscal 12 non gap revenue guidance, minus 39 minus 44 cents and I think it’s not unreasonable to infer that it’s not included in that 90 day period.”

There’s still some concern that the going head to head with World of Warcraft is going to be a tough battle for the newcomer to the space.  Brown spoke on the challenges of the market environment as well and you can catch all the details from that here.