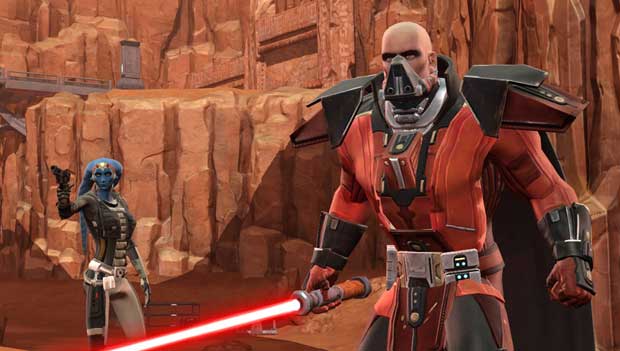 It has been rumored that Star Wars: The Old Republic would launch in Spring 2011 as alluded to by Electronic Arts & Bioware. Today rumors to the contrary are floating around stating that the game may be seeing a later release date. In what looks like a pushed launch date into the fall, September to be more accurate. The long awaited MMORPG hit the rumor mills this morning at Gaming Business site MCV.

SWTOR has been in development now for over two years, and is Bioware’s largest endeavor in the company’s storied history. The game will provide “more content than Mass Effect one and two, Dragon Age, KOTOR, and Baldur’s Gate put together.” It has also been rumored that over $300 million has been put into the development of the game. So it makes perfect sense to shove it into one of the most stacked games season lineups in recent memory this Fall, which we are now officially naming Gamcalyspse or if your having trouble with that moniker you can just call it “the wallet smasher” or “social life ender”.