SWTOR Rise of the Rakghouls Incoming 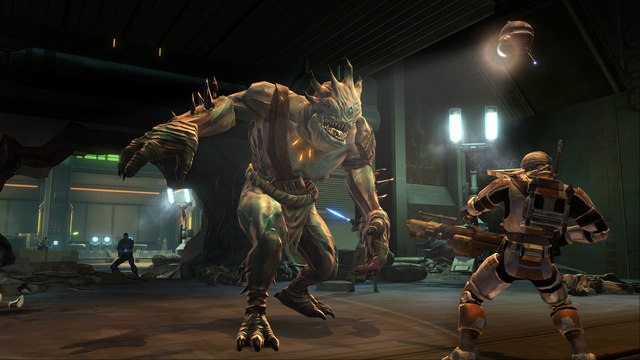 If there’s one creature for Star Wars fans that inevitably sends them into a dizzying rage, causes them to sigh uncontrollably, or encourages them to curl into a little ball in the corner, it’s Rakghouls – the endlessly frustrating undead of the Star Wars franchise.

But if you’re sitting happily at level 50, chances are you’re not in a ball in the corner of your room. You’re most likely sitting at your computer waiting for BioWare to release some more content and thankfully, come next Tuesday on the 17th, that is exactly what the developer intends on doing.

The update has officially been announced as Rise of the Rakghouls, and it will send you and your companions to the planet Kaon in an attempt to keep the Rakghoul infection under control and prevent it from spreading to the local population. In addition to the “Kaon Under Siege” Operation, Operation: Karagga’s Palace will also become available which will feature the Hutt race breaking their neutrality and instead joining the ongoing conflict.

The Old Republic’s first major update will also include some bug fixes, changes to the PvP combat on Ilum, and a new tier for level 50 PvP warzones. You can check out the trailer for the Rise of the Rakghouls update below. It’s all, “Star Wars meets The Walking Dead.” A terrifyingly awesome combination, yes.