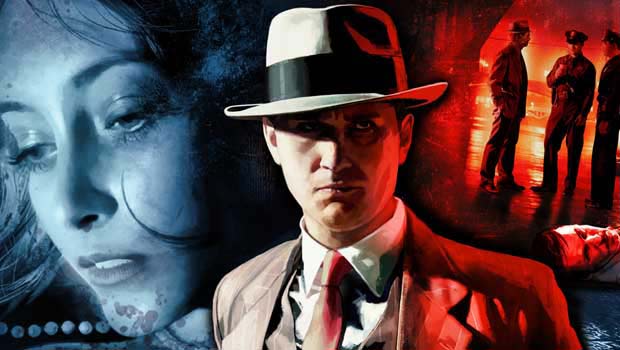 Team Bondi has recieved an awful lot of criticism over the past month as word has circulated regarding the alleged “over-working” that employees were forced to endure during the final development stages of L.A. Noire. Dave Heironymus, Lead Gameplay Programmer at Team Bondi, recently went out of his way to publish a letter he wrote and sent to the IGDA (International Game Developers Association) in defense of his company and their work practices.

Heironymus points out that the recent coverage of the team’s working conditions has been very one-sided, specifically criticizing the original article published by IGN and saying that at no point was his side of the story ever taken into consideration.

If the motivation were to see improvement in the working conditions at Team Bondi, then I’m all for it. I have a wife and friends who didn’t see very much of me during the latter stages of L.A. Noire, and I’m lucky my wife was so understanding. All of the management and staff at Team Bondi want to improve our processes so we can make even better games in a decent timeframe, without burning people out along the way. However, some of these comments in recent stories seem to go beyond that. Some ex-employees who left the company years ago want to see Team Bondi destroyed. They want to see 35 game developers out of a job.

According to Heironymus, the early years of L.A. Noire followed a standard 9 to 6 work schedule. As time went on however, they failed to make as much progress as hoped which resulted in the growing pressure to work longer hours. Subsequently, the groundbreaking features introduced in L.A. Noire such as the motion capture technology caused work to pile up, release dates to slip by, and frustration to grow. Heironymus claims that Team Bondi attempted to reward employees for their weekend days spent at work. A scheme was also put into place during the last 6 months of the project which rewarded employees for staying late on weeknights, apparently resulting in Heironymus and other employees getting an additional 4 weeks of leave upon completion of L.A. Noire.

Heironymus is also firm in his debunking of the “100+ hours” rumor, saying that towards the end of the project he was probably working around 65 hours per week on average, but at no time did he ever work 100 hours per week. He does however, admit that there were in fact mistakes made by the company and that they hope to learn from them in an effort to not duplicate said mistakes for their next game:

“No-one at Team Bondi is under the illusion that crunching is a good way to work and we’re actively working to learn from our mistakes for our next project. The people at Team Bondi are great to work with and I’m confident that we can make Team Bondi a leading game studio on the international stage” …. “Please think about that when you talk about boycotting L.A. Noire or about how heinous Team Bondi is. There is a team of dedicated game developers here in Sydney that look forward to learning from their mistakes, improving on their successes and taking on the world again next time around.”

Although Heironymus should be lauded in many ways for writing this letter and going to great lengths to ensure that it would be seen, certain aspects that he’s willing to admit largely overshadow his attempted defense of the company. Firstly, Heironymus mistakenly uses the defense of “I never expected anything from my team that I didn’t expect of myself” to justify management’s evident overworking of employees across all departments of the company. I think it goes without saying that as a member of upper management in charge of overseeing completion of the project, you not only have the responsibility of meeting deadlines, but also more of the reward for a successful final product as well. If employees at the lowest levels of the development team were given the same workload as the Lead Gameplay Programmer, then that’s indication that something is clearly amiss.

You can read the letter in its entirety here.