Telltale’s Game of Thrones: Episode 3 ‘The Sword in the Darkness’ Teaser Image Revealed

The latest news in the world of video games at Attack of the Fanboy
March 18th, 2015 by Kyle Hanson 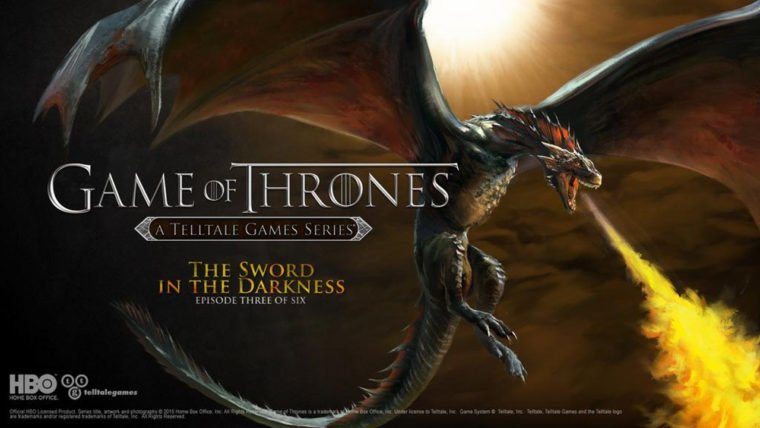 Telltale has released the official title and first teaser image for Game of Thrones: A Telltale Games Series Episode 3 – The Sword in the Darkness. They have promised more details soon, so keep checking back for more as they release information. The teaser image should get a lot of fans excited for the upcoming episode. Featuring what looks like Drogon, one of Daenerys Targaryen’s dragons. This hints at the story hitting some more familiar territory for book readers and TV viewers. It seems like this side story of House Forrester might be getting more involved in the overall politics of Westeros.

Telltale’s many running series usually follow a pretty set release pattern. Usually a month or two has passed since the previous episode when Telltale releases the official title and first teaser image. This is where we are at with Game of Thrones: A Telltale Games Series Episode 3 – The Sword in the Darkness. Following this is usually only a few days, maybe a week before the release of the first trailer. Then the actual episode comes out a few days after that. If they follow this trend then we’re looking at the episode hitting at least before the end of this month.

Game of Thrones: A Telltale Games Series Episode 1 launched back in December of 2014, with Episode 2 following in February 2015. This puts the release of Epsiode 3 a little closer than normal for Telltale games. However, this teaser image release could be a bit early and the episode might drop in April. We’ll find out soon hopefully.