The File Size For The Quantum Break Episode Pack Is Huge 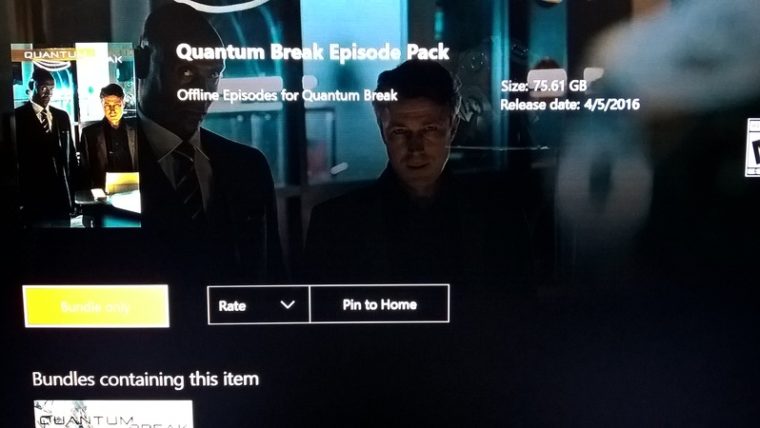 If you don’t like streaming videos, you can download the episodes in Quantum Break, but they will take a big chunk off of your hard drive.

A user on NeoGAF saw on Xbox Live that Remedy put up a listing for a “Quantum Break Episode Pack”. You can download this separately from the game, but its size is a whopping 75.61 GB.

Thankfully it’s not mandatory to download the episodes as you can stream the videos online while you play the game. This option should only be for those that may want to watch the episodes if they’re travelling somewhere without a decent internet connection.

Remedy have said in the past that watching the 20 minute episodes are not mandatory to understand the story of the game. However, they give you more background detail to the characters of the game.

The file size for the game itself is around 46 GB. If you plan on downloading the episodes, it will take the total file size to 121 GB. As aforementioned, only consider downloading it if it won’t be a hassle for you.

Quantum Break releases on April 5th, 2016 for Windows 10 PC and the Xbox One platforms.