Titanfall beta might have accidentally been confirmed via Origin 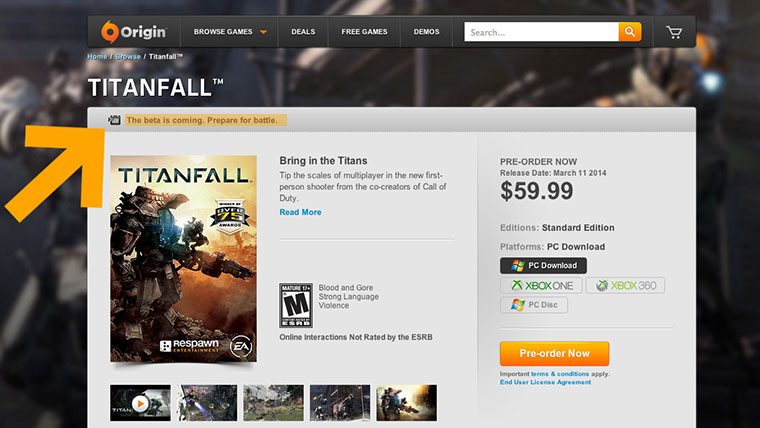 Respawn Entertainment has yet to officially confirm whether there will be a beta for Titanfall.  Today however, an image has been making the rounds which shows a message from EA that reveals that the Titanfall Beta is coming.

If you head to the Origin Store now, you won’t find the additional message from EA.  Neither Respawn or Electronic Arts has announced that there would be a beta for the game, and it’s possible that this image was doctored or faked.

Respawn is readying Titanfall for a March 14th launch date on the Xbox One, Xbox 360, and PC.