The Top 10 FIFA 15 Player Ratings Have Been Revealed 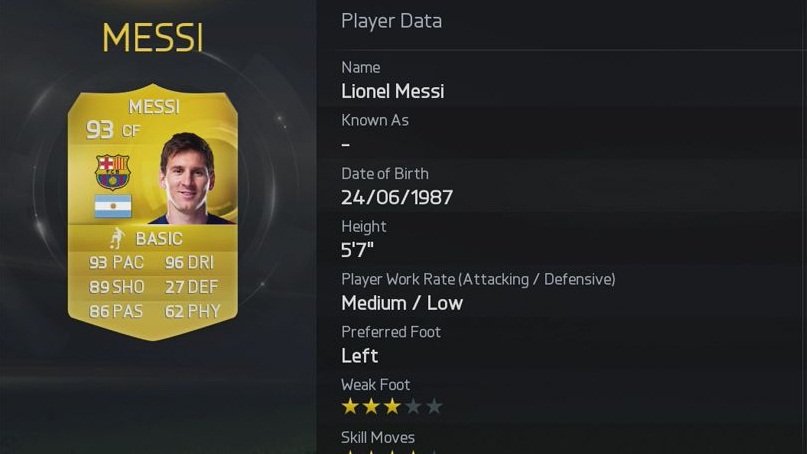 EA Sports has now revealed the top 10 player ratings for FIFA 15 and it’s not surprising to see who is on top.

In a close second, Cristiano Ronaldo has a rating of 92. The man is usually close behind to Messi when it comes to rankings both in the video game and in real life. Three players have a rating of 90 and they include Arjen Robben, Zlatan Ibrahimović and Manuel Neuer. Neuer is the only goalkeeper that is featured in the top 10 players of FIFA 15.

Check out the top 10 player ratings for FIFA 15:

Do you agree with EA Sports and their choice for the top 10 players in FIFA 15?