Transformers: Dark of the Moon, “The Ultimate Battle for Earth” 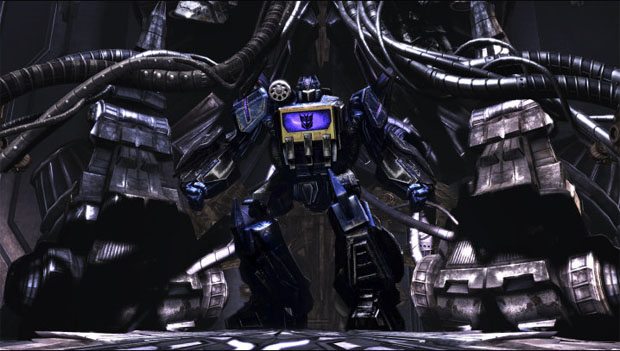 Activision has announced that the next game in the Transformers franchise is on the way.  Transformers: Dark of the Moon, is currently in development by High Moon Studios.  The new game will incorporate some new features into the franchise a brand new “Stealth Force Mode” as well as introduce a new “face of evil” in Shockwave.  Activision had this to say about the new franchise upon announcement.

“We couldn’t be more excited to expand on the epic movie universe in the Transformers: Dark of the Moon game, and allow fans to experience the gripping events and backstories that occur right before the upcoming film,” said Paul Wright, Head of Marketing for Licensed Properties, Activision Publishing.  “The immensely talented group at High Moon Studios are huge fans of the property, and they are thrilled to unveil some new characters from the movie while introducing Stealth Force gameplay that lets players convert to a third form beyond robot and vehicle modes to defeat their enemies in more ways than ever before.”

In what appears to be a prolouge to the movie which is due out in the Summer of 2011, the game will feature battles that lead up to the events of the upcoming film.  The new gameplay mechanic of Stealth Force Mode will allow players to combine into a hybrid state that combines the weapons and firepower of the robot mode, with the agility and maneuverability of the vehicle mode.  Once again the game will feature an online mode where players can square off as their favorite autobots and decepticons.

The game will release ahead of the Transformers: Dark of the Moon movie which is scheduled for a July 1st release.  High Moon Studios is working on the game for Xbox 360 and PlayStation 3 while Behavior Interactive is taking over duties for the Nintendo Wii and Nintendo DS versions of the game.

Home / Game News / Transformers: Dark of the Moon, “The Ultimate Battle for Earth”