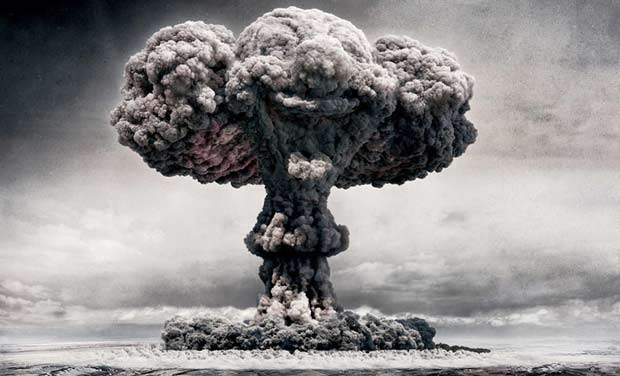 In context, the message was in response to a Twitter follower that made claims to Jaffe that Twisted Metal would “flop”.  And if you’ve been on gaming forums that are fanboy laden you know what that means, a commercial failure or disappointment.

“@WetSlimeyFish I usually would not give your semi mean spirited tweet- proclaiming that Twisted Metal will flop- any attention. But because it allows me the opportunity to bitch about a pet peeve of mine, I’ll shine the spotlight- which you so clearly, desperately crave- upon your obnoxious, flatulent infested ass.
Here’s the deal- and I am sure this will be taken out of context by those who prize clicks over quality reporting- but them’s- it seems- are the breaks: I don’t CARE if Twisted Metal flops. And before I tell you why, let me make a few things clear: I feel that Twisted Metal PS3 is the best TM game we’ve ever made in EVERY respect. Multiplayer, campaign, co-op, split screen, graphics, effects, online, modes, vehicles, strategy, depth, and a whole host of other things we’ve yet to announce…it’s simply the best one we’ve ever made and a game that- for players who dig action based shooters- will be one of the best games of this year. I am continually surprised by and always impressed by the team at Eat Sleep Play. They are some of the best in the business and when this game hits, I think you will see why.

I think Twisted Metal is going to do very, very well when it ships this year. Do I think all hard core gamers and hard core gaming journalists will embrace it in the same way they’ve embraced God of War, Gears of War, Call of Duty:MW2, HALO, Mass Effect 2, and the like? No. Not at all. But then again, Twisted Metal has never gotten a heaping helping of hard core gamer love and while I do expect this title will turn some of the hard core gamer elites into converts, I don’t expect it make players trade in their copies of HALO: REACH or HEAVY RAIN or JOURNEY (if you could trade in a digital game…and let’s be honest, I’m sure that’s on the way…fuckers). So ok- with all of that out of the way, allow me to say it again: I don’t care if TWISTED METAL flops.

Now why would I say that? Because we’re making the game we want to make. We’re making the game that we feel both Twisted Metal fans and action shooter fans in general are going to love. Sony has graciously – as always- allowed its developers to follow their passions. Sometimes this works out great for the developers and for Sony (and thus, for the gamers) and sometimes we all fall on our faces.Making games is as much an art as it is a business and a science and we’re willing to stumble from time to time in the pursuit of a vision that we (both Sony, Sony Santa Monica, and Eat Sleep Play) believe in.

Will Twisted Metal stumble or soar? Who knows? Who cares?Don’t get me wrong: do I want hit? Oh hells yes! Very much so. I work super hard every day so that my actions will allow/force/persuade that dream to come true. All of the other members of the Twisted Metal team do the same. A hit is great for everyone. For Sony. For Sony Santa Monica. And for us: as a developer, as a team, and as individuals. Fewer things are greater than getting a big ass bonus check and knowing you’ve gotten it ‘SIMPLY’ BECAUSE the game you’ve contributed to has made MANY, MANY people happy! I imagine- and I’ve yet to have this experience but I hope I get to soon- that one of the things that trumps getting a big ass check is being able to hand out big ass checks to all of the people who worked with you in making the game a hit. But while a hit it desired and coveted and dreamt about and planned for and relentlessly pursued, it should not be the core goal. I think that is a sure fire path to professional failure and personal depression.

I worry that our culture has become so hit driven and so obsessed with sales that we’ve lost site of one of my favorite parts of capitalism: creating great products that- BECAUSE they are great- naturally, organically BECOME hits and BECOME successes. If we focus on the product first, there will be times the hits come. Not always. Sometimes you can focus on the product at the expense of the market. It is a balance. But I genuinely feel that the passion and the product needs to drive the work. Not the desire for a hit.

You know, if there’s one thing you can take from this it’s that A) Jaffe loves what he does.  B) Sony developers always seem to be happy developing for Sony.

Maybe that’s why the games are so damn good. Regardless of sales or reviews.