Valve Plans to Bridge the Story Gap in Portal 2 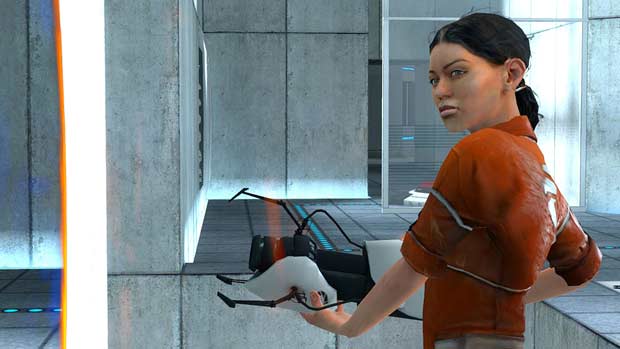 There’s a big gap in the stories between Portal and Portal 2.  The events that lead up to the events of Portal 2 will be bridged by some type of mystery content that was revealed this weekend at PAX East.  No official details were given as to how this story is going to be bridged in the coming weeks before release, but something is definitely planned.  Since there’s such a break in the fiction between the two games, it will be nice to get some clarification on how Chell managed to make it through such a long period.

“We’re actually going to release something that we’re not talking about yet that will give a little bit of the story of the interim time,” “We’re doing that before release.” Eric Wolpaw told Kotaku in a recent interview.

This weekend we got a look at the opening of Portal 2, where new characters were introduced.  Cave Johnson, the founder of Aperature Science was revealed for the first time. New gameplay elements like the boosts and dialouge system were showcased as well in the short demo.  We previewed the event here.

Hopefully we get some new fiction